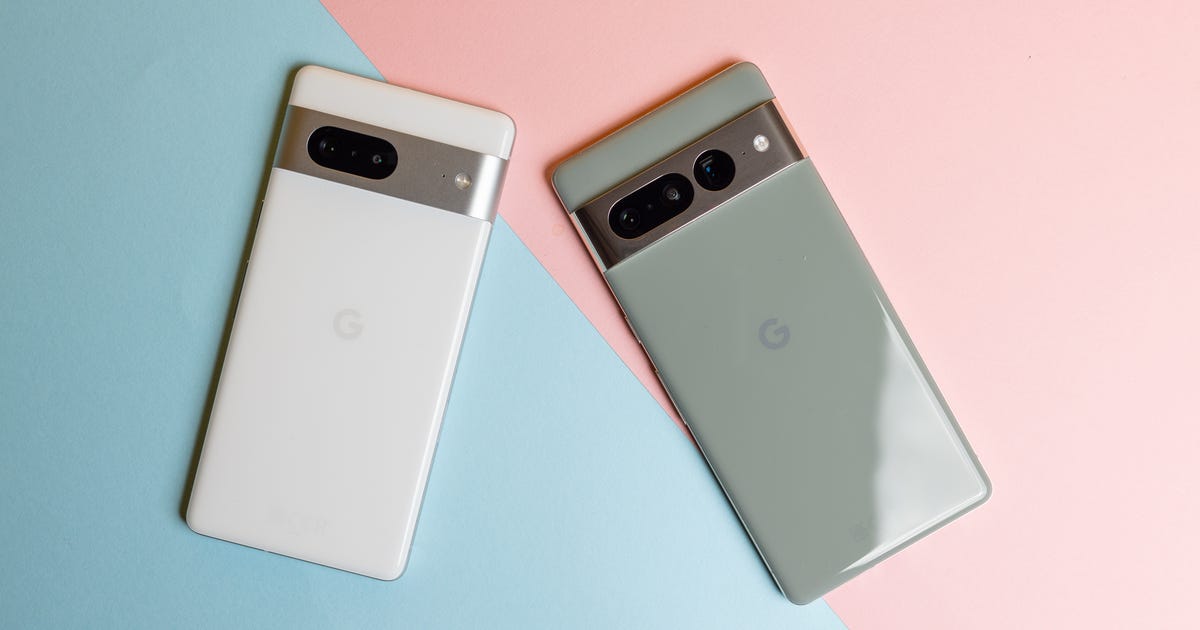 If you already use Google for your email, calendar and cloud storage, it’s tough to compete with the convenience offered by a Google Pixel phone. And right now you’ve got a few great options to choose from, as all of Google’s current phones have earned a spot on our list of the best phones overall for 2022.

The Pixel 7 and Pixel 7 Pro hit shelves just last month, and are the most advanced phones in Google’s lineup. However, there are plenty of other options if you don’t want to spend the money to upgrade to Google’s latest and greatest. The previous-generation Pixel 6 and Pixel 6 Pro are still great picks, with more than enough power for most people’s needs. And if you’re after the most affordable option, the budget-friendly Pixel 6A is our favorite Android phone under $500 right now. But no matter which model works best for your needs, there’s no reason to pay more than you have to. Below, you’ll find our roundup of all the best deals on all Pixel phones that you can shop for right now from both carriers and retailers.

If you’re having a hard time deciding which Pixel model is going to work best for you, be sure to check out our comparison of the Pixel 7 and 7 Pro to their previous-gen counterparts for a full breakdown of their specs and performance. If affordability is your top priority, you’ll probably want to opt for the budget-friendly Pixel 6A.

The Pixel 7 and 7 Pro hit shelves back in October, and like most new phone releases, there’s a huge variety of offers available at carriers, as well as some discounts available through retailers. There’s a good chance we’ll start to see even more deals pop up as we get closer to Black Friday as well, so be sure to check back often.

There are a few benefits that come with buying your Pixel 7 from Google directly. For one, all models and colors are in stock, so you don’t have to worry about getting your ideal configuration, and Google allows you to buy your phone outright, as opposed to an installment plan required by some retailers and carriers.

And if you have an older phone to trade in, you can pick up both the Pixel 7 and the Pixel 7 Pro at significant discounts, possibly even free. Devices from Apple, Samsung or Google will score you the biggest discount, but Google is also accepting phones from other brands like Motorola and OnePlus

Purchase the new Google Pixel 7 series on a qualifying installment plan and trade in your old phone for as much as $800 off. That means the Pixel 7 is available for free with the Pixel 7 Pro available for as little as $99.

Right now, the only way to get a discount on the Pixel 7 at Verizon requires you to buy two phones on a qualifying data plan, which saves you $700 on the second device. You can also get a $200 Verizon gift card when you switch your existing phone number over from another carrier.

And while it’s pretty slim pickings on Pixel 7 discounts, Verizon is offering up to $220 off select smartwatches when bundled with your Pixel 7 purchase. Just note that you’ll need a data plan for the smartwatch as well. Verizon is also offering 50% off a pair of Pixel Buds A-Series with the purchase of a new Pixel phone.

Best Buy has partnered with AT&T, Verizon and T-Mobile to offer some carrier-exclusive deals, as well as some deals on unlocked models. Right now, Verizon customers can save up to $700 with qualifying trade-in, which includes old and damaged phones. If you’re a T-Mobile customer, you can save up to $501 in monthly bill credits when you add a new line of service on a premium rate plan, or save up to $350 with a trade-in and same-day activation on a qualifying plan.

Unfortunately, there aren’t any deals for AT&T customers, but if you’re shopping around for service plans, there’s a pretty great deal for new Google Fi customers. First-time customers can get free Google Fi service through the end of 2022 with the purchase of a new Pixel 7 or Pixel 7 Pro and same-day activation on a Simply Unlimited or Unlimited Plus plan.

CNET’s Lisa Eadicicco called Google’s affordable next-gen Pixel 6A the “best Android phone under $500.” It’s slightly smaller than the full-size Pixel 7, and features a 6.1-inch OLED display with a refresh rate of 60Hz. It’s equipped with 128GB of storage and 6GB of RAM, which is slightly less than the standard Pixel 7 has, but is still more than sufficient for most people’s needs. It also boasts 5G capabilities and support for Wi-Fi 6 for lightning-fast browsing. It’s already a solid value at its usual price of $449, but we’ve rounded up some of the best deals and offers out there so you can pick one up for even less.

If you don’t want to be tied to a carrier, Amazon has the best Pixel 6A offer out there at the moment. Right now you can save $99 on the sage color variant, dropping the price down to $350. The chalk and charcoal variants are also available for $79. These are the best prices out there if you’re looking for a no-strings-attached discount that doesn’t require a trade-in or new line of service.

Both new and existing AT&T customers can grab the Pixel 6A for just $2 per month when purchasing on an installment plan and with activation on a qualifying unlimited plan. That locks you into a 36-month plan, but saves you $398 compared to AT&T’s price, or $377 compared to the price from Google.

Customers adding a new line of service at Verizon can get the Pixel 6A completely free with activation on a qualifying 5G unlimited plan. Unfortunately, those who only want to upgrade an existing line will have to pay full price. However, both new and existing customers can save $220 on a Pixel Watch with the purchase of a 6A and activation on any data plan, as well as 50% off a pair of Pixel Buds A-Series.

Since the release of the new Pixel 7 and 7 Pro, the Pixel 6 is no longer the most advanced series in Google’s lineup. However, these previous-gen flagship phones still have plenty to offer, and are a great choice if you’re looking for a compromise between Google’s latest and greatest phones, and its budget-friendly Pixel 6a. Since the release of the new phones, lots of carriers and retailers have shifted their best offers over to the Pixel 7 series, but there are still a few deals you can take advantage of to get a Pixel 6 in your hands for less.

If you’re looking for a no-strings-attached deal on an unlocked Pixel 6 or 6 Pro, Amazon is your best bet at the moment. Discounts jump around quite a bit between different configurations, but right now you can save up to $202 on the Pixel 6 in the stormy black color variant or $250 on the Pixel 6 Pro in the sorta sunny color variant.

There is also a somewhat misleading deal on unlocked models. According to Best Buy, you can save $179 on the Pixel 6 or $269 on the Pixel 6 Pro, but you must choose same-day activation to get the discount — essentially defeating the point of an unlocked phone. However, the same price is available when you choose that activate later option, allowing you to use your phone without being tied to a data plan.

Newspaper is your news, entertainment, music fashion website. We provide you with the latest breaking news and videos straight from the entertainment industry.