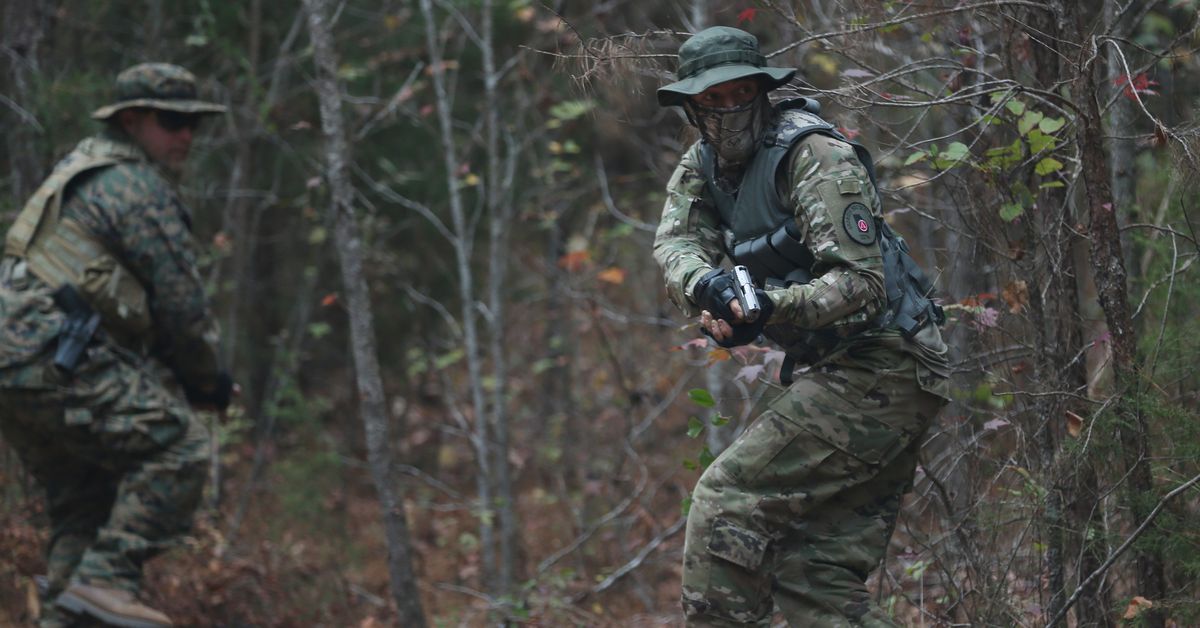 The assailant who broke into Speaker Nancy Pelosi’s home Friday and fractured her husband’s skull is only the latest in an escalating era of political violence, one largely driven by violence from the far-right.

Ahead of the 2020 election, there was increasing concern about political violence perpetrated by the far-right, fears that cascaded following January 6. Since then, members of Congress, judges, and other public officials have faced pointed threats of violence, often from those espousing extremist ideologies.

Pelosi’s attacker subscribed to such beliefs, blogging about antisemitism, anti-Democrat and pro-Trump musings, conspiracy theories about pedophilia, and anti-white racism, as the New York Times reported.

That line of thought, and the way it’s disseminated, are key parts of what’s changed about political violence in recent years. The proliferation of social media — and its use by former President Donald Trump, his acolytes, and those with extremist far-right views — has deepened existing polarization. In part, that’s because consistent contact with extremist messaging on those platforms can make individuals more likely to justify immoral actions, research from Nathan Kalmoe and Lilliana Mason has found.

All that has contributed to the uptick in violent threats against political leaders.

Threats against political leaders are on the rise

Threats of political violence have increased tenfold in the five years after Trump’s election, with 9,625 incidents documented in 2021, the New York Times reported. Members and election officials of both parties have reported an increase in violent threats and incidents from people who identify as Republicans and Democrats. Congressional lawmakers in particular have expressed concern about their safety.

“I wouldn’t be surprised if a senator or House member were killed,” Susan Collins (R-ME) told the New York Times. “What started with abusive phone calls is now translating into active threats of violence and real violence.”

In a May 2021 report, Capitol police said federal lawmakers have experienced a 107 percent increase in threats compared 2020. Those threats have been particularly pointed in the wake of the January 6 insurrection, when rioters — some with zip ties, weapons, and intentions of kidnapping or killing politicians — sought lawmakers out. Pelosi was a particular target, with insurrectionists calling, “Where are you, Nancy?”

The attack at Pelosi’s home is one of the most recent attacks on Democrats and democratic values, but it’s certainly not the only example. There are other disturbing incidents, like the plot to kidnap Michigan Gov. Gretchen Whitmer in 2020 over the state’s Covid-19 protocols and the series of homemade explosives Trump fan Cesar Sayoc sent to prominent Democrats ahead of the 2018 midterm elections. Friday, Rep. Eric Swalwell (D-CA) thanked federal law enforcement for foiling recent threats against his safety.

But all things being equal, there’s a reason why politically motivated violence has escalated in recent years, and why it’s usually associated with the right-wing, as Vox’s Zack Beauchamp pointed out last year:

Sustained campaigns of political violence don’t happen in a vacuum; they become plausible only when societies are rent by deep and serious cleavages. The GOP’s willingness to play with rhetorical fire — stoking racial resentment, delegitimizing the Democratic Party and the democratic process, and even indulging in naked appeals to violent fantasies — has created an environment that can encourage the outbreak of right-wing violence. This is already doing concrete damage to our democracy: Several Republican legislators have said they would have supported [Trump’s] impeachment if doing so did not pose a threat to their families’ lives.

The weeks ahead have particular potential for violence: Violence tends to increase around elections because they represent an intense competition over status and leadership. That’s especially the case when the two sides in the contest have differing views that have been inflamed in culture war.

“I think we should be expecting it to get a lot worse, both leading up to and after the midterm elections,” Mason told Vox.

Rhetoric on the right is legitimizing political violence

In the 1970s, left-wing groups committed much of the politically motivated violence. Groups like the Weather Underground attacked the headquarters of the State Department, the Pentagon, and the US Capitol.

While there have been some notable incidents of left-wing political violence in recent years — such as the California man arrested in June after traveling to Maryland to kill Supreme Court Justice Brett Kavanaugh, and the man who shot and gravely wounded Rep. Steve Scalise (R-LA) — left-wing terror decreased dramatically in the 1980s. In the 1990s, the frequency and lethality of right-wing, separatist, and anti-abortion terror increased, a trend that has continued.

According to a 2020 briefing from the Center for Strategic and International Studies, as well as multiple other sources, far-right terror is currently the most significant ideological threat in the US. As Beauchamp reported, the kind of violence we see today, planned or perpetrated by groups like the Oath Keepers, the Three Percenters, the Proud Boys, and January 6 rioters is different from terror attacks in previous decades.

Were there to be a ’70s-style sustained terrorist campaign from such militants, the results would likely be deadlier. According to UMD-START, though there were about eight times as many terrorist attacks in the 1970s as between 2010 and 2016, that disparity isn’t reflected in the fatalities (172 versus 140). This is partly the result of tactical choices by the 70s militants themselves, some of whom preferred symbolic bombings of unoccupied buildings over actual killing.

As Mason told Vox, her research shows that people who identify as Democrats or Republicans show about the same levels of tolerance for violence to bring about a political end.

“These are regular people in regular communities,” she said. They aren’t necessarily going to commit violence, but approval even of potential violence indicates a change in norms overall — including growing sentiment that political violence isn’t immoral or unjustifiable.

Mason and Kalmoe have found one way to end violence is through “leader rhetoric” — that if a trusted leader says the violence needs to stop, those inclined toward violence listen. Leaders on the right, though, are less likely to speak up.

“Even with the Paul Pelosi situation,” Mason told Vox, “They’re saying, ‘This is terrible,’ but no one is saying, ‘Violence is never acceptable.’ The Republican leadership is not condemning violence as a tactic, they’re just saying, ‘Sorry Paul got hurt.’”

Even leaders who use ambiguously violent rhetoric — a refusal to denounce violence, or coded language that doesn’t explicitly advocate violence but subtly suggests it — influence people to pursue violent tactics for political ends. Kurt Braddock, an assistant professor of public communication at American University, explained this on Twitter in May. That results in what he calls stochastic terrorism, or violent events which are not individually predictable on their own, but reliably occur due to seeding by a trusted leader.

In Mason’s view, this kind of violence goes in cycles — it’s backlash to progress that American society has made on critical social issues like race and gender. However, just because patterns of progress and violence exist, that doesn’t mean that they occur naturally and eventually American politics will just move forward again. Ending these patterns will depend on whether and how Americans decide to participate in democratic institutions — or if we can even come to an understanding about what democracy is.

“We’ve kind of lost touch with what is legitimate” in a democracy, Mason said. “The fact that we don’t have the same standards of democratic legitimacy across the two parties means that no rational conversations can occur when there are conflicts over the outcome.”

Newspaper is your news, entertainment, music fashion website. We provide you with the latest breaking news and videos straight from the entertainment industry.